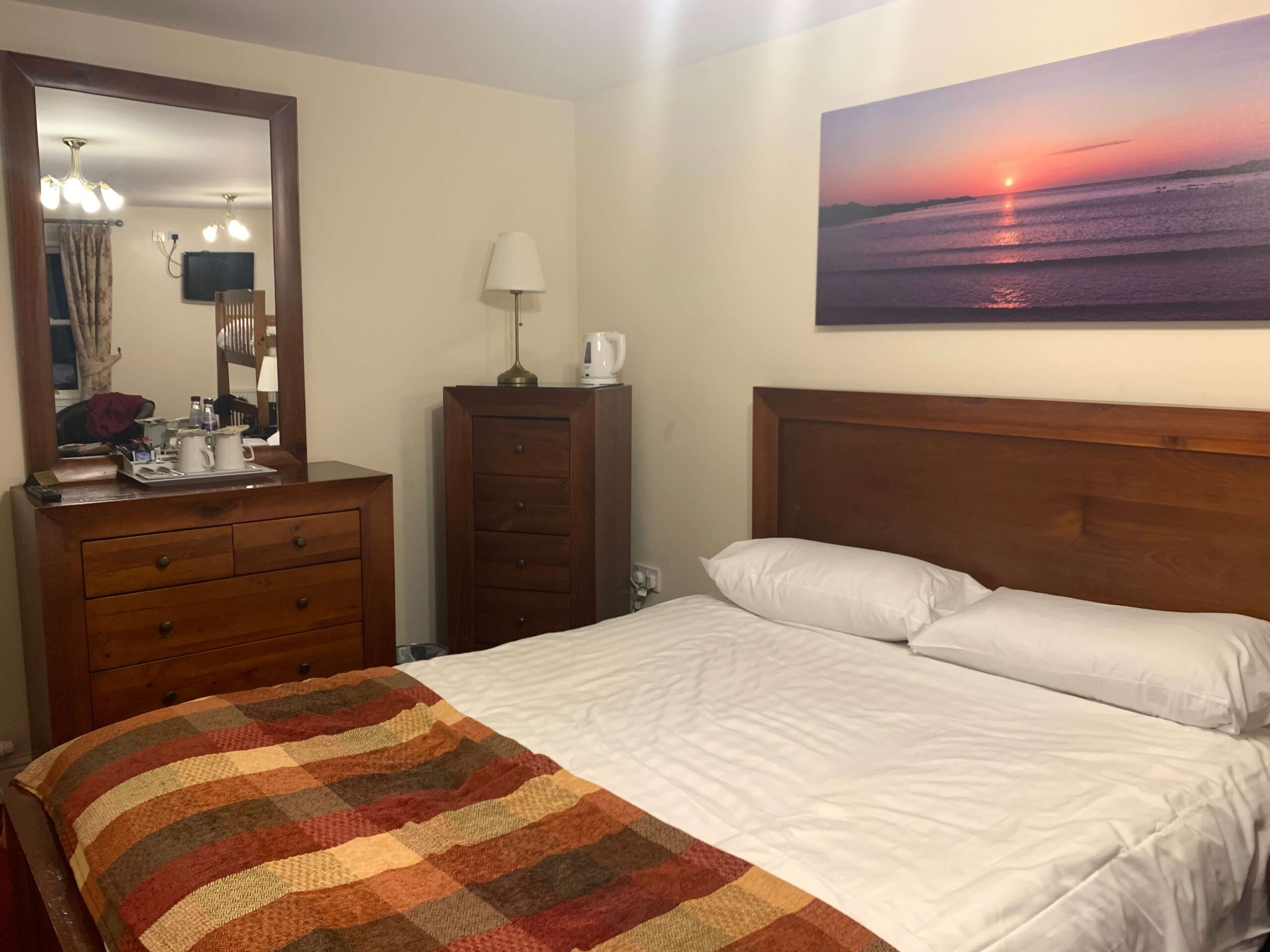 With one of my besties in tow I headed up to Scotland for a bit of fresh air and RnR. Ok, so I had only returned from the sunshine of Tenerife a week before, but you can never have too much relaxation!

The Elphinstone is situated in Biggar, a small town in South Lanarkshire, about an hour outside of Edinburgh, and it was the second hotel of our Scotland trip. It’s a traditional coaching inn in the centre of town which has a lovely local pub feeling inside. On the night we stayed it was full of people eating dinner and the atmosphere was friendly and relaxed. There’s also a roaring open fire which makes for a super cosy supper.

The Elphinstone has won a whole host of awards, most of them voted for by their customers, including the Trip Advisor Certificate of Excellence 2017.

The staff were really lovely throughout our whole stay (and, in fact, everyone we met in Scotland was too!) and nothing was too much trouble for them. It’s a family run hotel which means that everyone is really passionate, warm and friendly. 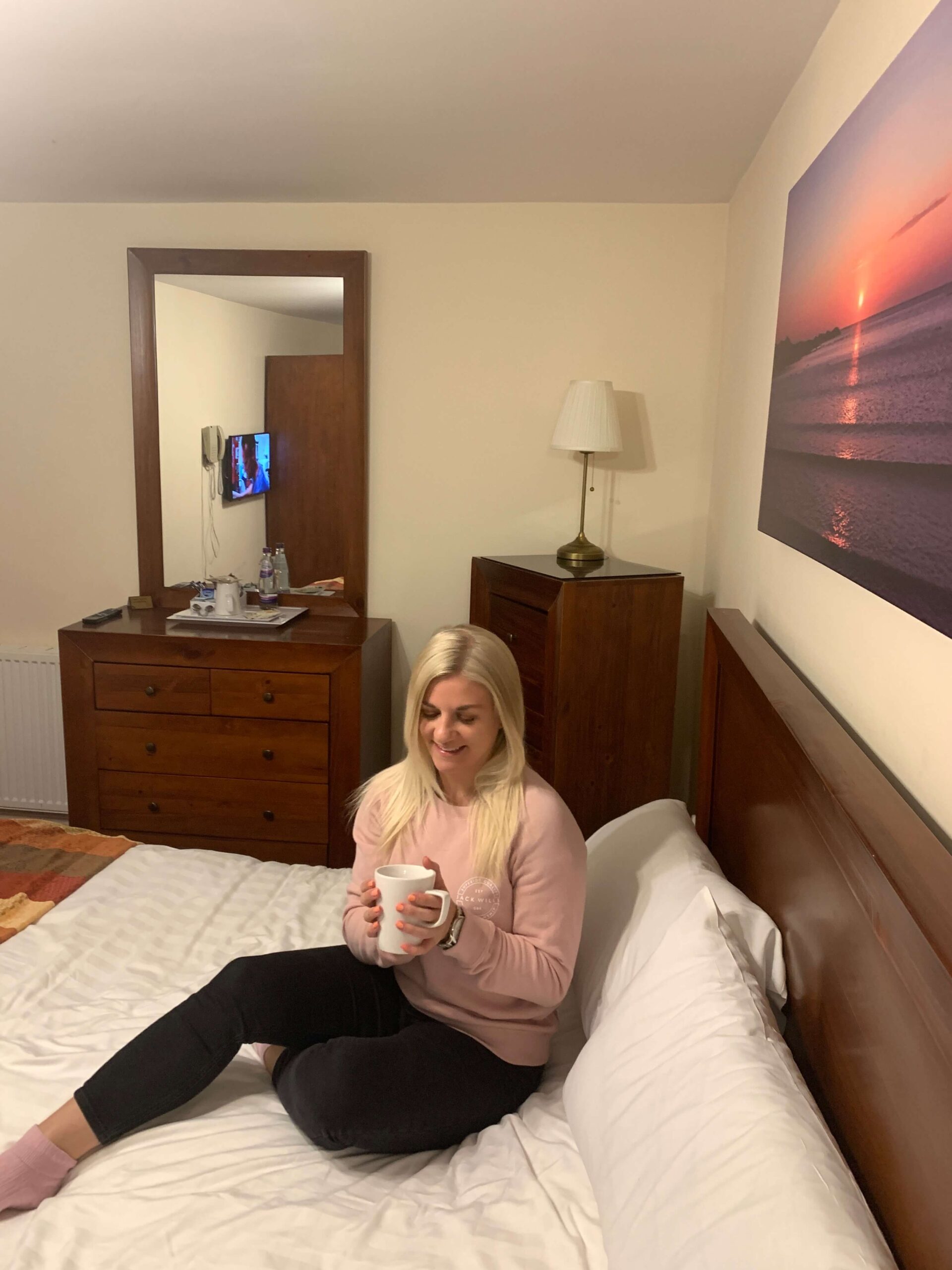 We stayed in a room with one double bed and a set of bunk beds, which would be perfect for travelling families. The room was super spacious with two TVs and a bathroom with a bath, which we definitely needed after our day out walking in the windy Pentland Hills.

There is free wi-fi for all guests to use – perfect for catching up on your emails or posting those Instagram stories.

We had breakfast and dinner at The Elphinstone Hotel. Wherever possible, local produce is used for the food and the meals were great value.

The breakfast was a help-yourself traditional Scottish affair with sausages, bacon, black and white pudding, beans, eggs and oatcakes. I love a help yourself buffet as it’s perfect for getting exactly what you want, along with the right sized portions. This was all delicious and really set me up for the day – I didn’t even stop at the services

The continental options were slightly lacking as there were just a couple of cereals, but I don’t feel like you need a lot of options if the cooked breakfast is done right.

There was literally so much choice of food in the evening that it was difficult to decide what to have. In the end I went for deep fried lasagne bites (because when in Scotland, right?!) followed by smothered sirloin steak which was a special on the day.

The lasagne bites were amazing – a bit like mac n cheese bites – and the portion was a perfect size, not too small but not huge so it wasn’t overwhelming. The steak was in an absolutely delicious Guinness sauce and was really tender.

We also asked for a “Malibru” – a cocktail which is a combination of Irn Bru and Malibu, which I’d heard is a thing in Scotland. Although the waiter didn’t agree that it was a thing(!) he was kind enough to make us one and it was actually really nice – although it did take me back to being about 18 and drinking Malibu in bars!

We didn’t really explore Biggar that much during this trip but we had a walk up and down the main street which is full of independent shops, cafes and restaurants. We popped into Aroma, a cute coffee shop, for a cup of tea and a slice of cake.

We really enjoyed our stay at The Elphinstone Hotel – the staff were super friendly and the food was great.

Find out more and book your stay at The Elphinstone Hotel here.