If you’ve been following my Twitter recently (and if you haven’t – you need to get on it!) you’ll have seen that last weekend I went south west for a wedding reception. It was a super long journey to get there and we only had time to stay for one night (waaah!) but luckily we managed to get up to plenty while we were there! Here’s my first post in my Dartmouth series, reviewing the hotel we stayed at. 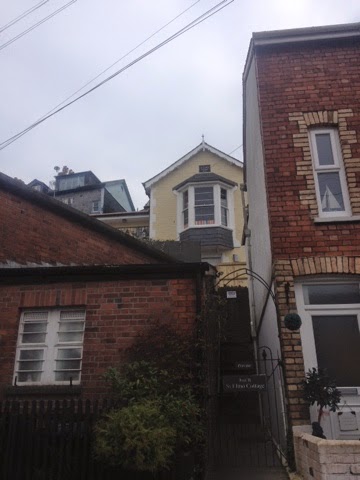 We stayed in Just B St Elmo’s Cottage which boasted an awesome location right in the centre of Dartmouth town. There is free parking nearby – we got a space just across the road – but I think this might be a problem in the height of summer when tourists descend on the pretty little town. Describing where we stayed as a hotel is actually quite wrong – there’s no bar or breakfast or even a reception.

When you arrive, you’re given a code which opens a box where your keys are stored – I really liked this touch as it was a bit like we were staying in a private cottage, rather than just a room. I think there are only about four rooms in the building and so it was really quiet – we didn’t even see any of the other residents while we were there. 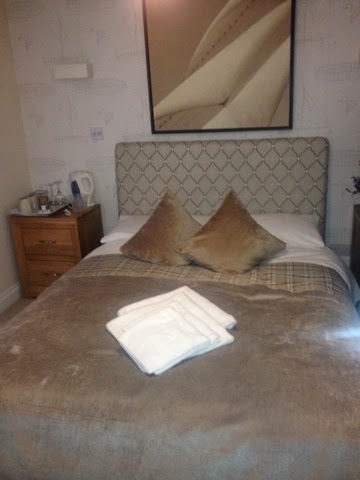 The room itself was really small but cute – I’d probably best describe it as bijou. It was decorated really lovely in creams and golds and was quite cosy. Probably the very best thing about the room was the en-suite shower. It was quite tiny and square in shape but I love really hot showers and so its size meant that none of the heat escaped and it was super powerful.

There were only a couple of things that I didn’t like about the hotel – there was nowhere really to hang your clothes or store anything (which didn’t matter too much for just the one night but might have been a bit of a pain if you were there for longer) and the hair dryer and iron were communal. Luckily we managed to grab them but it would have been annoying if someone else had managed to get there first, especially as we had a time to get ready by.

The location was definitely the best thing about this Dartmouth accommodation – it is literally right in the centre, a short stroll to all the shops and cafes. We’d definitely stay again but if I were to suggest one thing for them to change, it would be to invest in hairdryers, irons and ironing boards for every room – just to avoid any awkward situations!