For my first trip of 2019 I surprised my boyfriend with a two night trip to Liverpool. He’s a big fan of The Beatles and so it seemed like the perfect city break destination. Here’s how to spend 48 hours in Liverpool…

Things to do in Liverpool

I actually never realised how much there was to do in Liverpool as it’s a city I haven’t really heard talked about that much, we only really just scratched the surface.

We arrived in Liverpool quite late after a lie in and relaxed breakfast at home so we had a couple of hours free in the afternoon and we decided to head to Anfield, home of Liverpool FC, to do the stadium tour. Even if you’re not a fan of the reds (or even of football!) I would recommend the tour, as it’s really interesting to learn more about the history of the club and see the players’ dressing room and the pitch.

The two tour guides were absolutely amazing – one was really jokey and funny and the other one had been to pretty much every single international Liverpool game and could remember dates, the score, everything, he had some great stories to tell. I think the guides really made the tour for us.

Top tip: there is a car park here but there is also one parking space on the road, just outside the main gates so if it’s quiet, you can park here.

As we are both quite big fans of The Beatles, it had to be done. Again, this is a guided tour that takes place on a yellow bus (not submarine) which takes you around the childhood homes of some of The Beatles, as well as the places in Liverpool made famous through their songs. We saw Penny Lane and the barber shop as well as Strawberry Field. 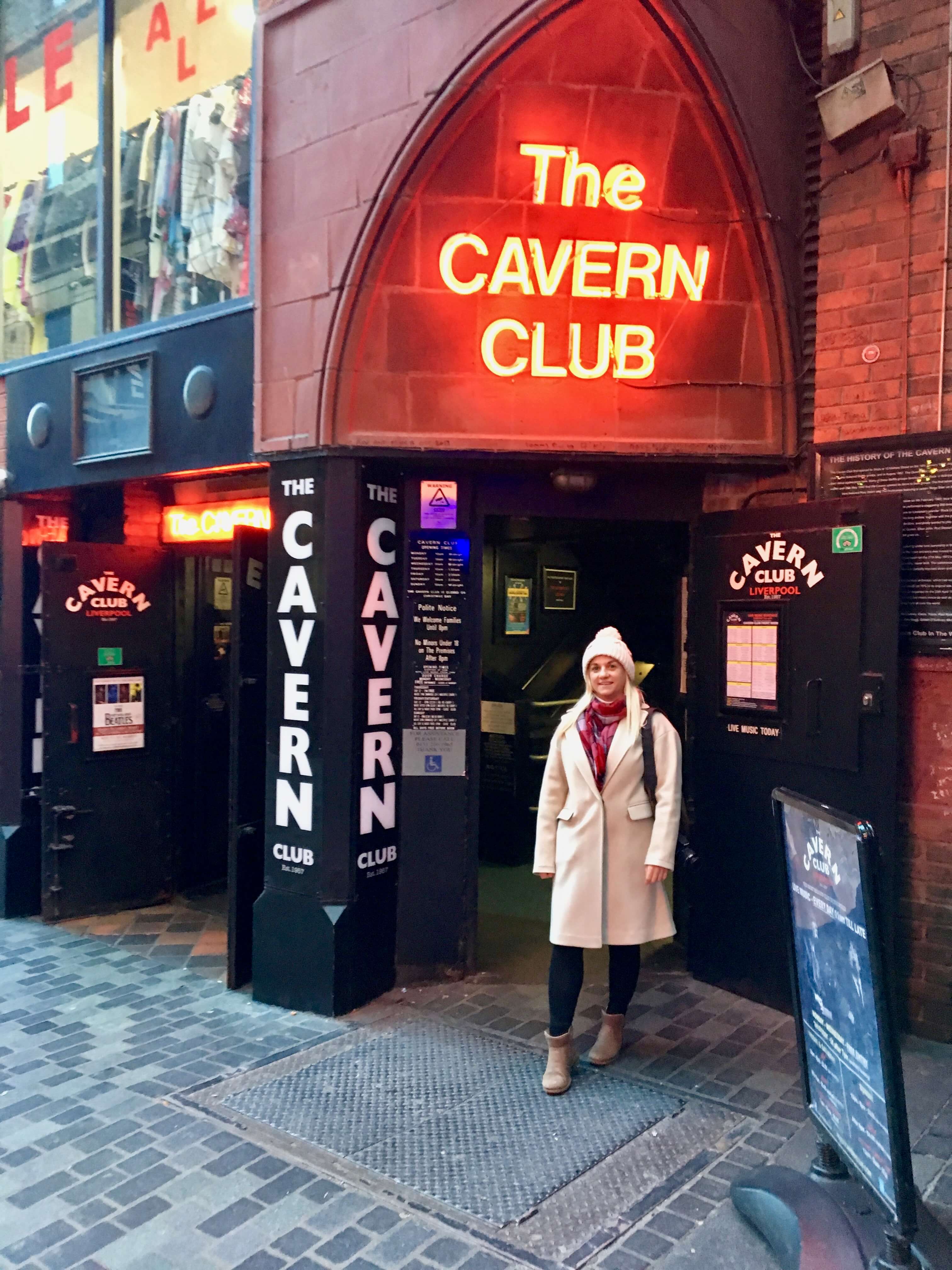 Tickets for the Magical Mystery Tour include entry to The Cavern, where the Fab Four used to play. There is live music there most days and the atmosphere when we went was really cool – a girl just asked if she could sing and the man who was playing there just let her, and she was amazing!

Situated on the Albert Docks, The Beatles Story takes you through the different stages of the band from how they met to the height of their success and then their solo careers. There was an audio guide (I am a sucker for an audio guide!) and I learned so much about the band. You could definitely spend a few hours going round the exhibitions.

The Wheel of Liverpool

Every city worth visiting has a big wheel nowadays and Liverpool is no exception. There are amazing views of the city and the docks from the wheel (I love to go somewhere with great views in most cities I visit!) and I thought it was really reasonably priced. The ride takes about 15 minutes and, as it was quiet, we got a capsule to ourselves which was lovely.

There is so much to do in Liverpool that we didn’t even get chance to do everything that was on our list. I really wanted to go to the top of Liverpool Cathedral and we wanted to visit some of the art galleries and museums that the city is famous for.

Where to stay in Liverpool

As we are currently trying to save up to buy a house, I decided to save money and opt for a cheap stay at YHA Liverpool. We stayed in a double room which even had a sofa in so it was more like a mini suite. The best thing about the hostel is its location – it’s literally across the road from the Albert Docks and just a short walk into the city centre.

Other places to stay in Liverpool

Where to eat in Liverpool 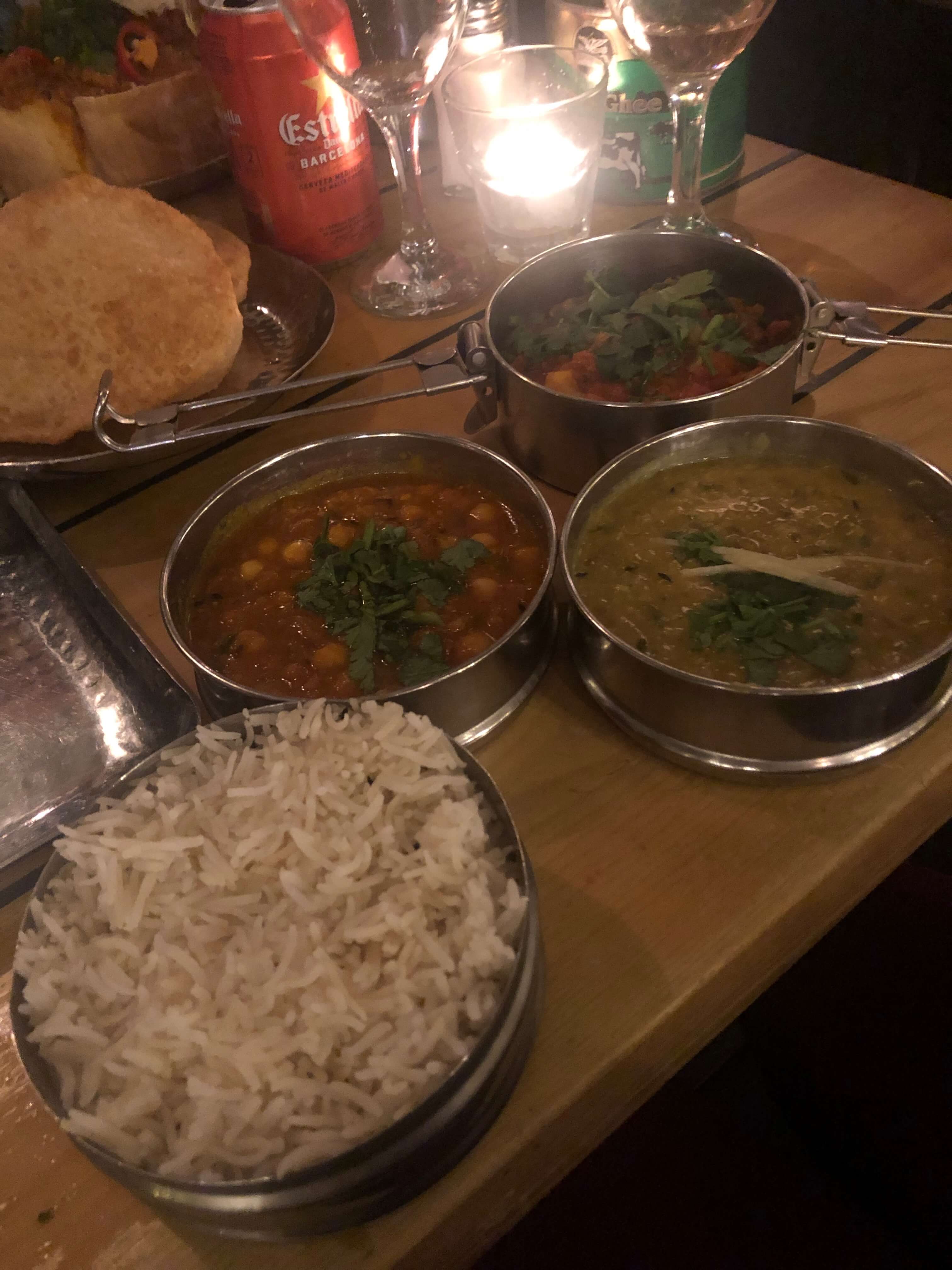 I had heard a lot about Mowgli – firstly on Sophie Eggleton’s blog – so I couldn’t wait to try it out. It’s Indian street food full of intense, authentic flavours. I was doing veganuary when we visited and they do an awesome vegan menu. I chose a vegan tiffin, and the food was absolutely delicious – super tasty. I also love eating this way – where you get a few different things to try, as I never know what to order.

I’d visited Moose Coffee in Manchester a few years ago and I was really impressed with the food so when I saw that they had one in Liverpool I suggested that we go. Moose is inspired by the breakfast culture of New York City and has an amazing menu full of pancakes and brunch dishes. I opted for the High Line which is a potato hash with various vegetables, a spicy sauce and toast which was yummy and really set me up for a day of sight seeing.

I’d only previously visited Liverpool for nights out with the girls and not for sightseeing and I was really impressed with how much there was to do there. We had an amazing couple of days in Liverpool and we can’t wait to go back.