There’s a pub that’s quite near to our house called The Wingerworth and Mr P often pops in for a drink with his friends from work. I’ve been in a few times to pick him up and I’ve wanted to eat there for ages as it looks really nice. I can’t remember taking much notice of it before it got refurbished over a year ago now but apparently it was a bit of a dive. 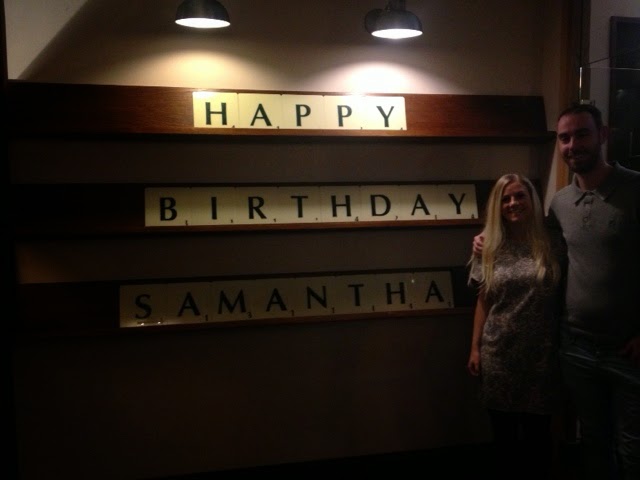 We went for my birthday and I was greeted with a happy birthday message spelled out in huge scrabble tiles (which, of course, I walked straight past and never even noticed) – a nice touch! Inside it’s really light and airy but doesn’t lose that pub atmosphere – it caters for local drinkers, well behaved doggies and food lovers.

The staff are really lovely and all of them took the time to chat to us and have a laugh and a joke. It was really quiet (well it was a Monday night) so we did feel a little bit as if we had the place to ourselves. It was a new menu that had just been developed and it can only be described as posh pub classics. 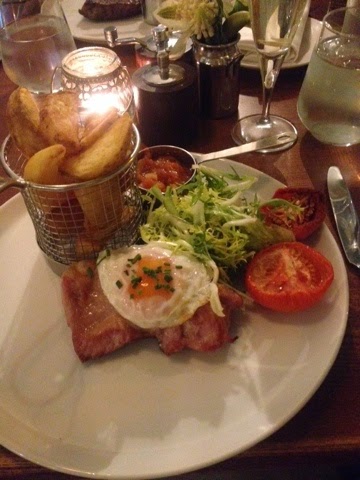 I went for the gammon, egg and chips which came out as a thick fillet of gammon (if there is such a thing, it’s the only way I can think of to describe it!), chunky chips and a fluffy fried egg with some mixed leaves on the side and a tomato relish. Mr P predictably went for the steak. The food was absolutely delicious and I’d heard before we went that the portions were small but it definitely filled me up.

For pudding they do a range of different sorbets in some crazy flavours including Coca Cola and bubblegum. The only bad thing I can say about the place is that fact that they had run out of quite a few things while we were there but the staff explained that there had been a big group in that they weren’t expecting and so we forgave them.

In fact, it was so good that I’m booking there for a belated Mother’s Day treat for my mum this Sunday!