10 best cocktails from around the world

One of my favourite things to do when visiting any country is sitting in a bar and trying one of the local cocktails. That chilled out feeling of watching the world go by with something delicious to drink and really getting a flavour of that country is just great and there are lots of cocktails from around the world which I love.

Sipping on a cocktail can really transport you to another country and it’s a great way to get that holiday feeling when you’re not able to travel. Here are some of my favourite cocktails from around the world and how you can make them at home… 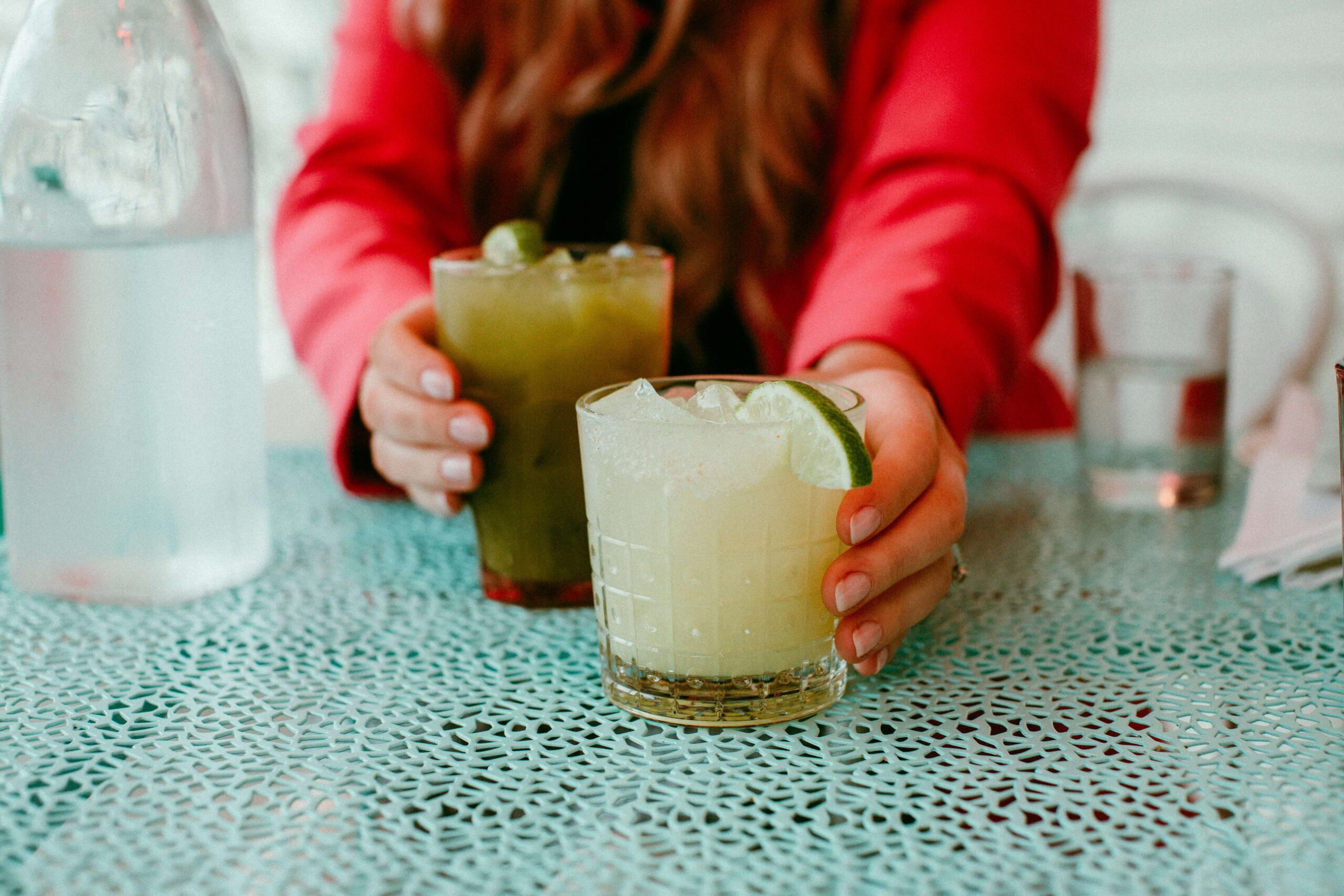 Originating in Mexico, it’s rumoured that the margarita was created for someone who didn’t want to take a tequila shot. I made these recently for Cinco de Mayo and they are super easy to make, plus it’s the only way I can drink tequila! All you need is one part lime juice, one part triple sec (although I didn’t have this and so a good substitute is orange juice and syrup flavouring), two parts tequila and crushed ice. Shake together and then strain into your glass. Don’t forget to run the lime round the edge of the glass and dip in salt first.

The mojito began life in Havana as the strong rum found there needed flavouring to make it more palatable and it’s one of my favourite refreshing cocktails. For this one you’ll need to muddle lime juice, sugar and mint leaves together, crushing the mint as you go. Pour into a glass and add a generous helping of ice. Pour in white rum and stir. Top up with soda water.

Sangria is a drink which just reminds me of holidays – large jugs served with fresh fruit in the Spanish sunshine – yum! I’ve got a traditional sangria recipe here but there is an easy way to make it with just a couple of ingredients. Three parts red wine, one part orange juice, two parts lemonade and ice, mix together in a large jug, add some sliced oranges and lemons and you’re good to go.

Nothing says tropical beach paradise like a cool pina colada. Apparently this cocktail was created at the Caribe Hilton Hotel, the most famous hotel in San Juan in the 1950s. All you need to make this creamy cocktail is pineapple juice, white rum, coconut cream and ice. Mix in a blender until smooth and then garnish with a slice of pineapple.

Dating back to mid 19th century Burgundy, a French region synonymous with wine production, a Kir Royale was an aperitif usually served with a snack or meal. I love champagne and so champagne based cocktails are a great choice for me. Sipping on this will transport you to the French riviera in your evening gown. Pop a half measure of brandy and a few drops of cassis into a champagne flute and them top up with chilled champagne – perfect for celebrating.

Quintessentially British, Pimm’s is the perfect picnic drink for a summer’s day. Created by James Pimm, a man who ran an oyster bar in mid 19th century London, Pimm’s was originally sold as a health tonic. For a delicious jug of Pimm’s and lemonade you’ll need Pimm’s No1, lemonade, fresh mint leaves, chopped strawberries, sliced oranges, chopped cucumber and plenty of ice. Fill your pitcher with ice and the chopped fruit, add the Pimm’s and top up with lemonade.

Aperol spritz is an Italian wine-based cocktail often served as an aperitif in north east Italy. I’ve got very fond memories of sipping on a spritz beside the canals in Venice. To make simply add ice to a large wine glass, add equal parts prosecco and Aperol and a dash of soda water. Mix together and serve with an orange slice garnish.

The cosmo dates back to the mid-80s but it was really made famous by Carrie Bradshaw and the gals in Sex and the City and became synonymous with career women and cool New York bars. Shake together two measures of vodka, one measure of triple sec, fresh lime juice, cranberry juice and ice and then strain into a chilled cocktail glass. Garnish with orange peel.

This gin based cocktail is a long drink, developed in the 1910s by a bartender at the Raffles Hotel in Singapore. Shake two measures of gin, one measure of cherry brandy, one measure of lemon juice and one teaspoon of grenadine over ice. Half fill a glass with ice and then strain in the cocktail over the top before topping up with soda water and garnishing with lime peel and cocktail cherries.

The pisco sour was invented in the 1920s in Lima by an American bartender. Shake equal parts pisco, lime juice and sugar syrup plus an egg white with ice and then strain into the glass. Add a few drops of Angostura bitters to the top and then garnish with a slice of ice.

There we have it – 10 of the best cocktails from around the world. But the most important question is which one should I drink tonight?!

If none of these cocktails from around the world tickle your fancy there are some amazing cocktail websites including TheBar.com and Social and Cocktail where you’re bound to find one you like.