#PartridgeLondonTrip – a couple’s guide to the capital

We booked a few days off work at the end of January (just after I got back from Dublin) for a mini break in the capital. One thing that I learnt from this break is never (EVER) to book a mini break straight after pay day. It lures you into the false sense of security that you’ve got loads of money to spend and leaves you completely skint for the rest of the month and practically begging for work on People Per Hour (oh, just me then?!). But we did have the best time ever and here’s what we did… 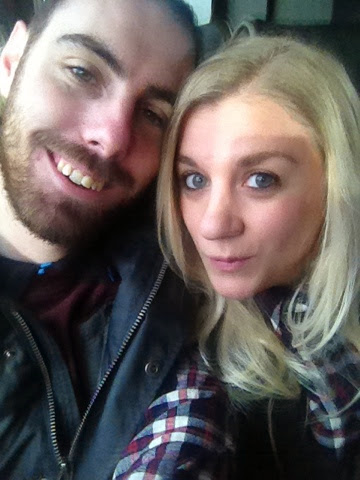 We travelled down with National Express as coaches to London are a lot cheaper than getting the train, even beating Megabus for prices. Although the coach does take a lot longer (nearer four hours rather than just two) it didn’t feel too bad and we amused ourselves by taking excited holiday selfies and trying to get into the coach toilet (turns out you need a coin to unlock it – who knew?).

When we arrived we were pretty hungry from the journey and, already resolved that I wasn’t going to stick to my diet during the trip, we indulged in Fresh Pizza Company at London’s Victoria Station which is an all you can eat pizza and pasta buffet for just £7.50 – ridiculously good value in London. I’ve talked a lot on here about how London has the best restaurant chains (check out my review of The Rum Kitchen here) and this is no different. 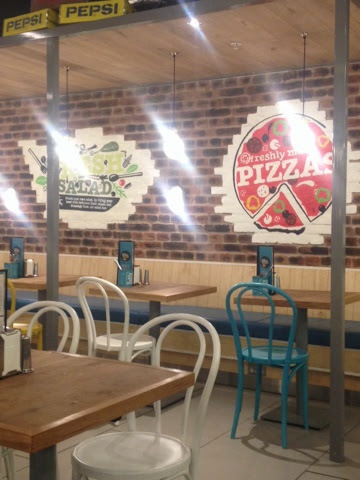 Wicked on the West End 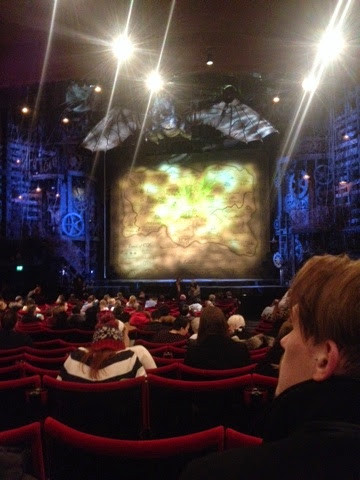 I got tickets for us to see Wicked on the West End on the first night as Mr P loves it but has never seen it live – I saw it a few months ago, so I was feeling suitably guilty. It’s the other story behing the Wizard of Oz and follows the Wicked Witch from the film through her university education up to meeting the wizard himself and beyond. I won’t ruin the story for you if you’ve not seen it but I’d highly recommend it – it’s full of fantastic songs and it’s a really brilliant story which some musicals nowadays seem to miss.

It wouldn’t be London without a delicious brunch 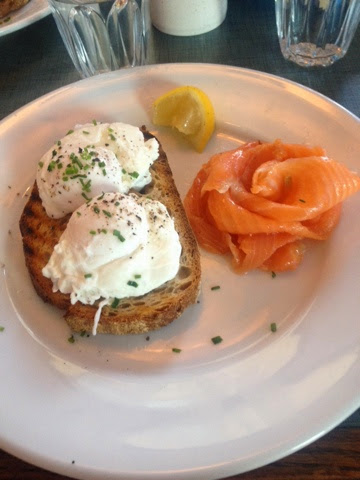 We stopped for brunch on the second day at Canada Water Cafe which is just outside the Canada Water tube station and near to where we were staying in Rotherhithe, east London. Mr P opted for bacon and eggs on toast and I had poached eggs and smoked salmon (standard fave) which was really delicious and set us up nicely for a day of exploring.

I’ve been to London countless times (see A Weekend in London when I visited for my mum’s birthday and The Perfect Girls’ Weekend for a mini break with the besties) and I’ve seen most the main tourist attractionsso this time I wanted to do some different things. 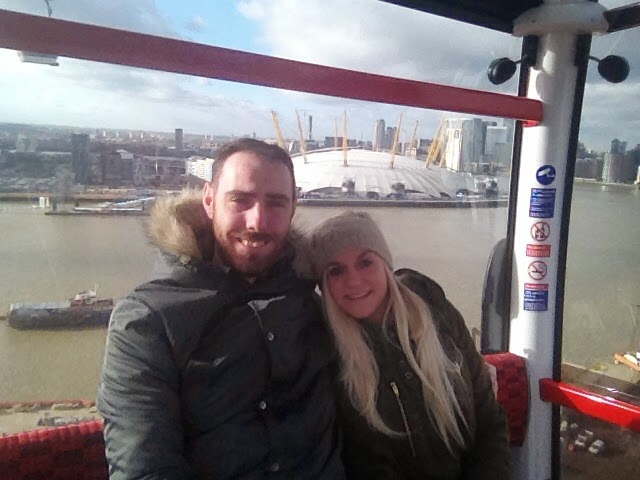 First of all we headed to the Emirates Cable Car. This terrifying (well, if you’re scared of heights like me) ride goes over the River Thames and gives you some fantastic views of London including Canary Wharf and the Shard. You can get discounted tickets with your Oyster card or day travelcard and you also get entry to the Emirates exhibition after where Mr P and I had great fun pretending to fly an Airbus and avoiding a school trip.

The entrance to this is near to the O2 arena, or the Millennium Dome as I still refer to it, and so we had a little look around here which was full of restaurants and not much else. Mr P was keen to climb over the top of it as you can now do this but I had really had enough of adrenaline rushes for one day.

After this we headed to the Olympic Park. Unfortunately I never made it down during the actual Olypmics and Mr P was living in Mallorca so we both missed it. It was great to see the stadium and the sculpture outside and there was an exhibition to celebrate the Year of the Bus where there were loads of London bus sculptures all beautifully decorated. I loved the Cath Kidston one! We had to walk through Westfields to get to the Olypmic Park and I thought I had died and gone to heaven – I’ve never been before and I’ve never seen a shopping centre so big, it’s like four times the size of Meadowhall or the Trafford Centre. My only complaint is that there was no Ted Baker shop, so a couple of points knocked off for that. 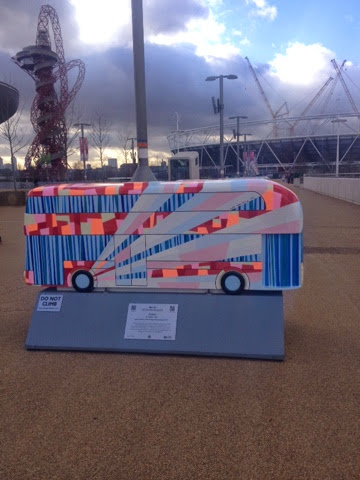 Anyone who wants to visit London on the cheap knows that the best way to occupy your time is to visit one of the city’s many free museums. We went to the Imperial War Museum where interactiv exhibits and films sit side by side with real life spitfires and tanks. Exploring conflicts from World War I all the way up to the current day and the Iraq war, there is so much to see. We managed to see two and a half floors before closing time. The holocaust floor was particularly poignant with the anniversary having just been.

And of course, it wouldn’t be us if there wasn’t one disaster on the trip…

So after returning to our room to get ready, we headed back out to get dinner at about 9pm. Everywhere we go, we always go to the Hard Rock Cafe – Amsterdam, Palma, Orlando – but we’ve never been to the London one and…we still haven’t! We rocked up (excuse the pun) but there was an hour and a half wait for a table so we hot footed it to Leicester Square.
After messing about for ages deciding where to go (Mr P can be quite fussy so I usually leave it up to him to pick) we finally decided on the Angus Steakhouse. After we were settled with a large glass of rose, the waiter took our order and the lights went out. After waiting what seemed like forever our waiter told us that they couldn’t get the power back on and so were unable to cook our food. They were really nice about it and obviously have us our drinks on the house but by this time it was 10pm and we were starving! We ended up in a little Chinese in Chinatown which was delicious.
We’re planning our next mini break for March when Mr P’s best friend has her wedding reception in Dartmouth – look out for the hashtag #PartridgeDartmouthTrip to follow our adventures and suggest some awesome things to do in Dartmouth!